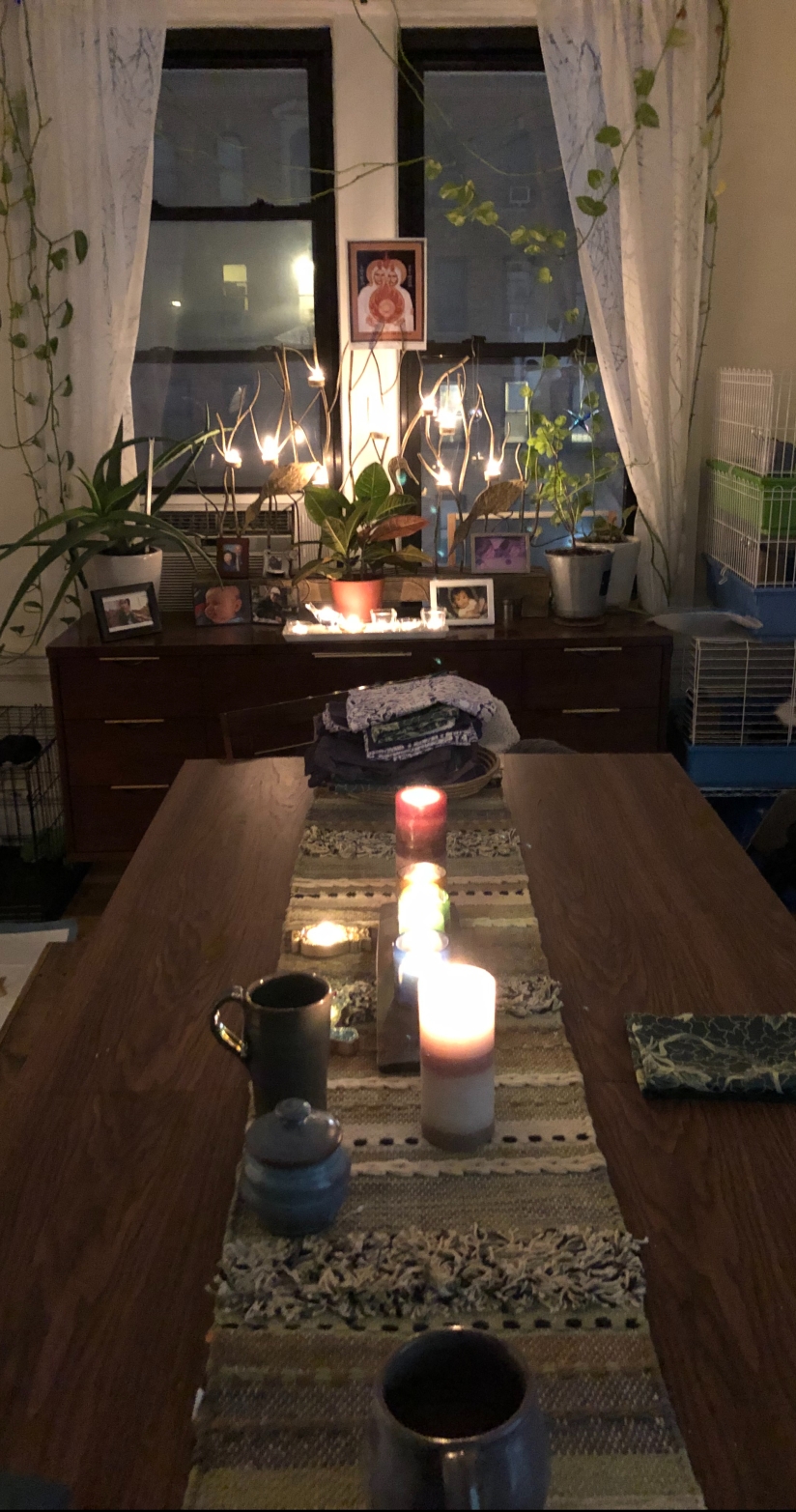 This is the day to burn things.

By “things” I mean, candles. Some wood in a  fireplace if you have it. It is Saint Brigid’s Day, one of the patron saints of Ireland. Brigid is known for possibly being a) the last high priestess of the Druid Goddess Brigid, who then converted and became a Christian nun b) a miracle worker: along the lines of healing people but also turning water into beer c) The first abbess at Kildare, which was probably the holy site of the Druid Goddess that is her namesake d) A wonderfully and probably super queer human whose closest companion was another woman with whom she shared the same bed and also now shares a feast day, Dar Lugdach. If you look at the icon that is in the picture above, you see them both – they were “Anam Cara” (soul friends) in life and I like to imagine them together in death, too. Brigid is said to have envisioned Heaven as a lake of beer. I’m not kidding. She must have been a real wild ride.

Christian churches – and most organized religious institutions – are often thought of as places we go to conform, communities where individuality might be tolerated but probably not. And there are good reasons to think of organized religion this way. It is certainly how I used to think of it, and certainly what is often at the root of my own ambivalence about my life’s work.

But Brigid, and so many of our other saints – including so many of those still living! – insist otherwise. One does not become a saint by simply following unwritten rules. One does not become a saint by checking all the boxes. Following rules and checking boxes might be a part of one’s journey as a saint – but will never be the be-all and end-all of the spiritual path. Brigid never learned to color inside the lines! Her family was irritated with how she kept indiscriminately giving away their possessions to people who needed them. Brigid, who refused to marry, was being cat-called one day as she carried a heavy box through town and in response to someone’s comment on her beautiful eyes… she stuck her finger in her own eye, causing it to bleed and… yeah. Then she healed herself, but she also made her catcallers eyes explode in their heads. Friends, do not mess with Brigid.

There is so much more I could write about St. Brigid, but today I’m just feeling the flames. The ancient Goddess Brigid had fire as one of her attributes and St. Brigid is also often associated with flame and the hearth. On this first day of February, a dull and gray and chilly day here in NYC, a time that feels particularly dark in our country and in our world, we need that first fire of Imbolc, we need the holy flames of St. Brigid. The darkness is real and it is paralyzing at times. But the fire, too, is real. Warm your hands, for the journey is long.

View all posts by April Stace